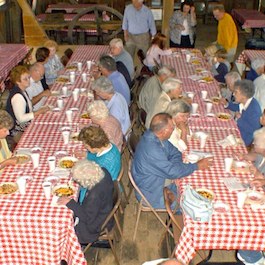 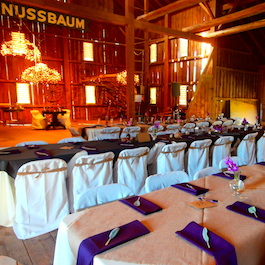 The Sweitzer barn's cantilever “fore bay” and banked animal stalls was a popular design in the late 18th century. The entrance ramp, flanked by two dry cellars, are sunken into the hill. Hand hewn of timbers now over 100 years old, it is 40 by 80 by 41 feet. This particular bank barn was estimated to have been built in the late 1800s. The barn first belonged to John Hirschy, passing then to Edwin Gilliom. Finally, the barn was owned by Edwin Nussbaum who had it at least 50 years before graciously donating it to the Swiss Heritage Society. It was located at 1121 West, 500 South and sat on the west side of the brick family house until it was moved to Swiss Heritage Village in May 1993.